A trial lawyer is not like a politician.  When a politician makes promises to the people of his district and gets elected; he then goes to Washington and listens to the lobbyists. Not so with a trial lawyer. He explains to the jury what he will prove and then he presents to the jury the facts and the evidence and the testimony and then the jury answers questions that grade how the lawyer has done. Has he proven what he said he would?

Since 1985, our law firm and  Bob Osburn has been rated by Martindale-Hubbell pre-eminent AV – voted by his peers to have the highest skills and highest ethical standards among those that know him – law firms and lawyers who have worked with him and who have been his adversaries on legal matters and suits.

The AV rating is an objective indicator of a lawyer’s high ethical standards and professional skills, generated from evaluations of lawyers by other members of the bar and the judiciary. Also, the client review ratings of Martindale-Hubbell have contributed to a comprehensive review.

After graduation from the University of Texas in 1967 and St. Mary’s School of Law in 1970, he began his law practice in Dallas, first as an Assistant City Attorney for the City of Dallas and then served as an Assistant District Attorney under Henry Wade.

It was in the District Attorney’s Office where Bob Osburn was first encouraged to develop his trial talents and  did just that by trying jury trial after jury trial. The work was intense but he loved it. Bob wanted to serve people. He wanted to be on his own and wanted to develop his own clients and develop cases and try them to juries.

So, that is what he has done over the years. State and Federal lawsuits from East to West Texas, North and South Texas, California, Kansas, and Oklahoma. At 72 years young he is at the top of the game and prepared to work aggressively for you when you call.

On a personal note, Susan and Bob have been married since May of 1978; have lived in the same home since the day they were married in Slaughter Chapel at First Baptist Church in downtown Dallas. Bob says “I have made the living and she has made it worth the living”.  They have two successful children, Sara and Scott.

Bob Osburn is Of Counsel with Crain Lewis Brogdon LLP. 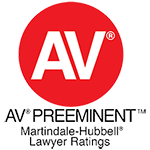 The Law Offices of Bob Osburn have more than 60 years of litigation experience. Our office handles trucking accidents, wrongful death and probate litigation. Our attorneys, Bob Osburn and Billy McGill, have the legal experience and in-depth knowledge to see your case through from beginning to end. Our firm is known for its hard work and ability to solve problems during difficult times. We provide successful representation so you can find closure and move on with your life.